Increased capacity for a very busy section of the rail network.

The project of the new railway line between Luxembourg and Bettembourg is part of the implementation of the MoDu strategy, implementing an integrated mobility concept aimed at addressing the challenges related to mobility and climate change until 2020 - 2030.

The technical and commercial commissioning will gradually take place from 2027 onwards. 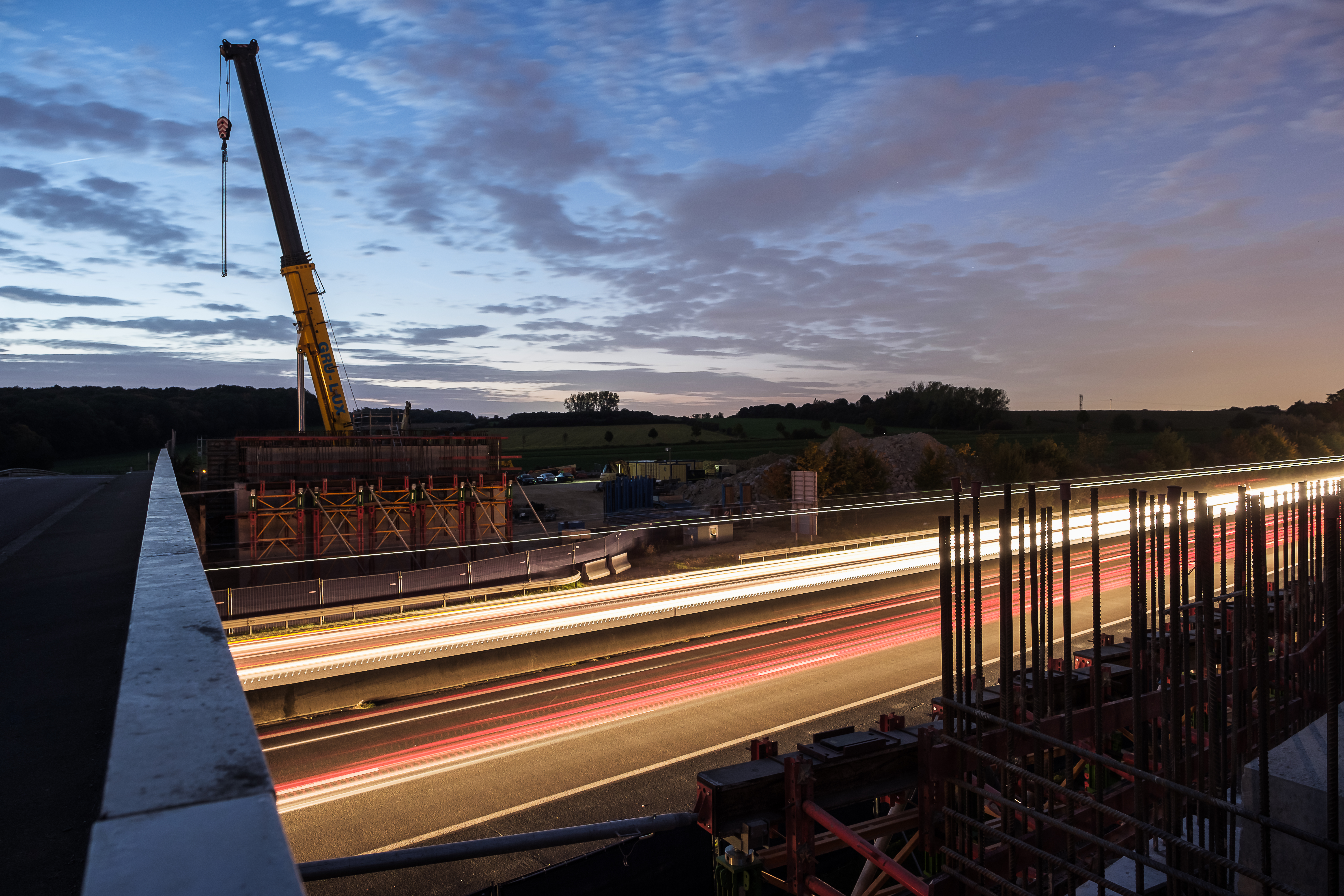 One of the key elements of this strategy is to bring the share of public transport from motorised transport in Luxembourg to 25%, is creating efficient mobility chains. These should help to optimise the time to change from one mode of transport to another and thus promote the use of public transport. The MoDu concept is based on three links:

It is therefore important to create a link between public transport, private transport and soft mobility. The main measure of rail infrastructure change for the southern axes is the de-doubling of the railway line between Luxembourg and Bettembourg.

- to ensure a more efficient connection of the South of the country to the developing areas of the Capital, including Howald,
- to improve both the offer of cross-border connections with Lorraine and international connections (TGV) and
- to facilitate freight traffic and thus the transport of goods exchanged between Germany and the Benelux countries as well as France, Switzerland and Italy (Rail Freight Corridor North Sea-Mediterranean).

The new railway line between Luxembourg and Bettembourg ensures the construction of a new double-track section with a length of about 7 km without any intermediate stops. Starting at the future exchange hub in Howald, the line first crosses the A3 motorway south of the Gasperich interchange and continues its route to the west of Bettembourg. The line deviates from the motorway north of the Berchem motorway area, bypassing it from the West. It then passes under the national road 31 before crossing the existing Luxembourg-Bettembourg line in the Esch-sur-Alzette with a crossing structure called "flying junction". After this passage of the Alzette, the new and existing lines come together until the north entrance at Bettembourg Station.

The project involves the construction of a several hydraulic structures and intersection structures, including two impressive ones. The first (OA14) is located at the junction of the A3 motorway south of Howald and the second (OA05 & OA06), called “flyover”, is at the intersection with the existing railway northern line of Bettembourg. The crossing of both railway lines requires the transposition of the existing line of about thirty meters, towards the the old route.

The studies, as well as other parts of the project, are co-financed by the European Union.

The contents of this publication are the sole responsibility of the CFL and do not necessarily reflect the opinion of the European Union. 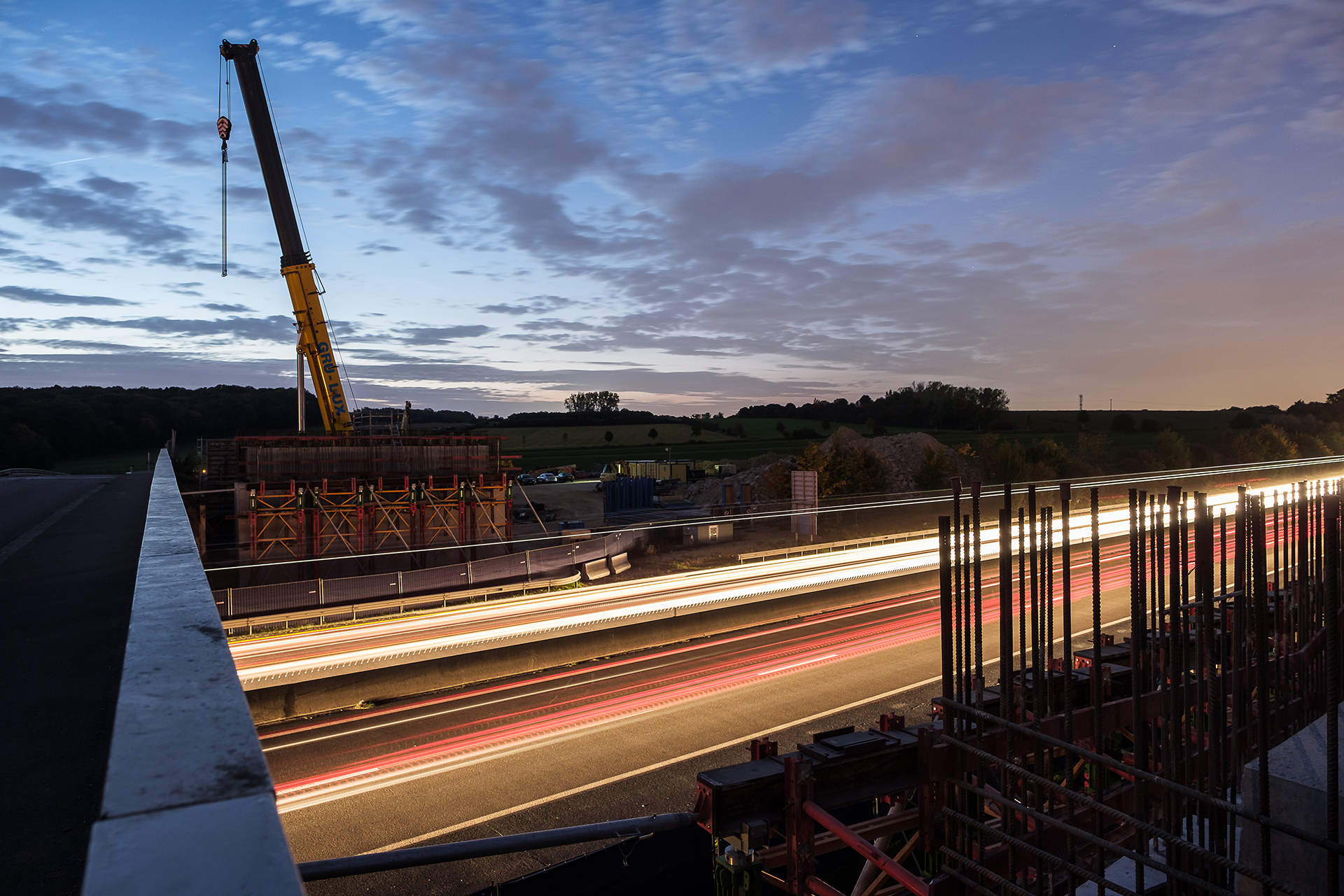 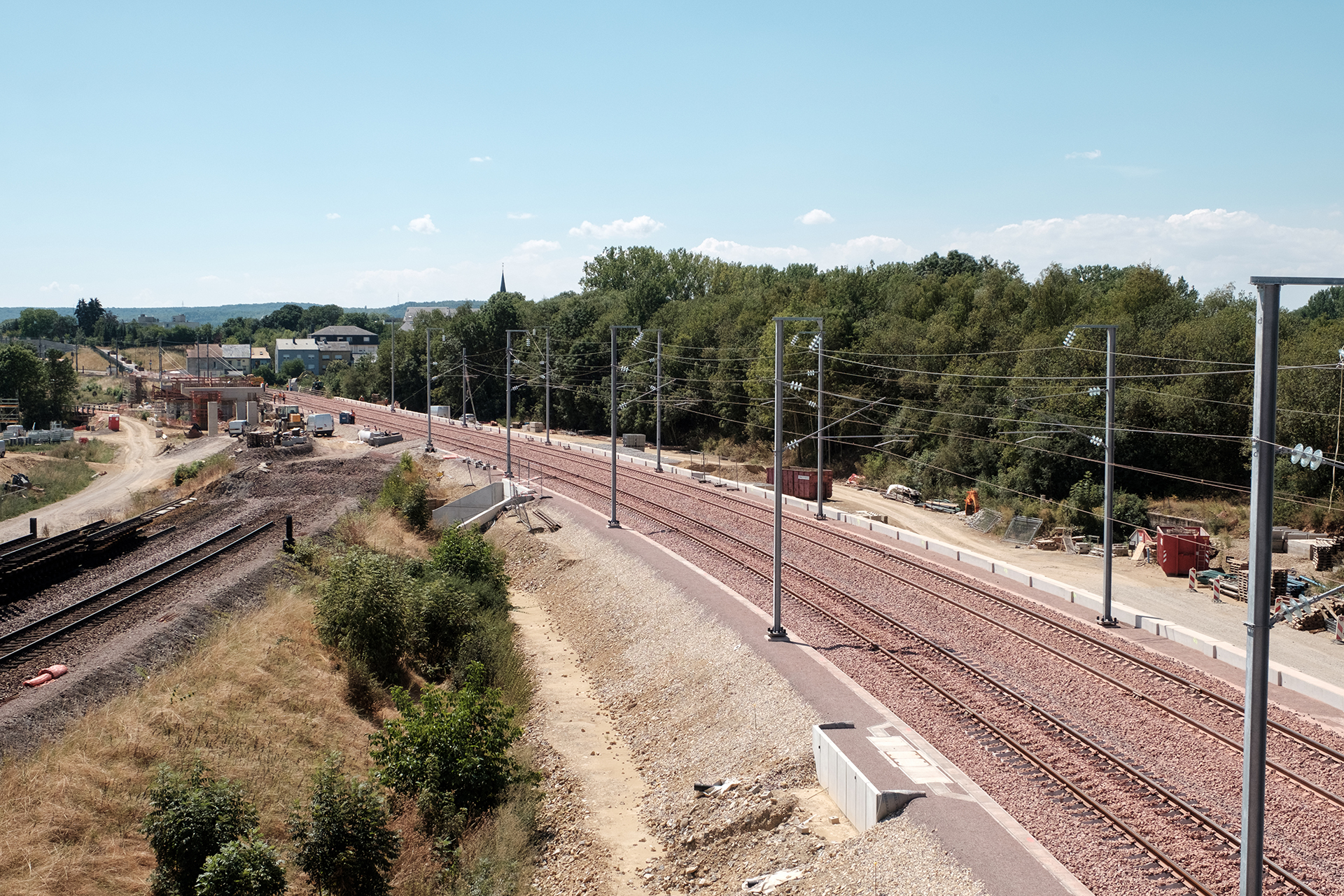 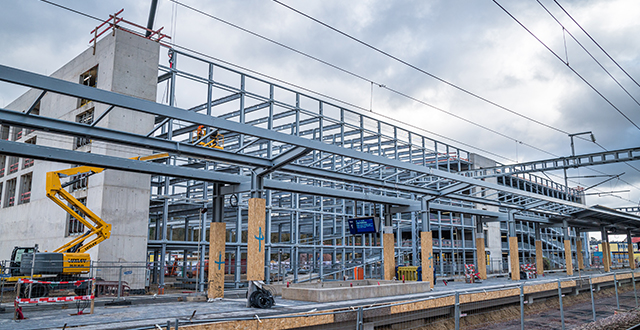 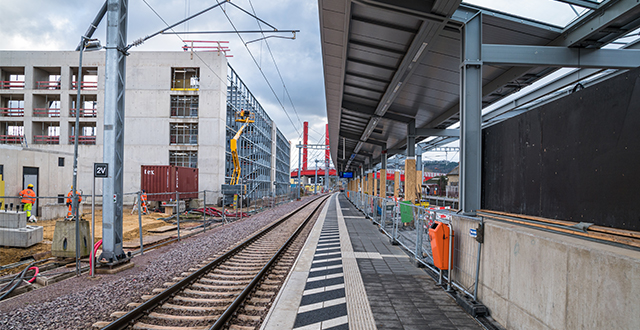 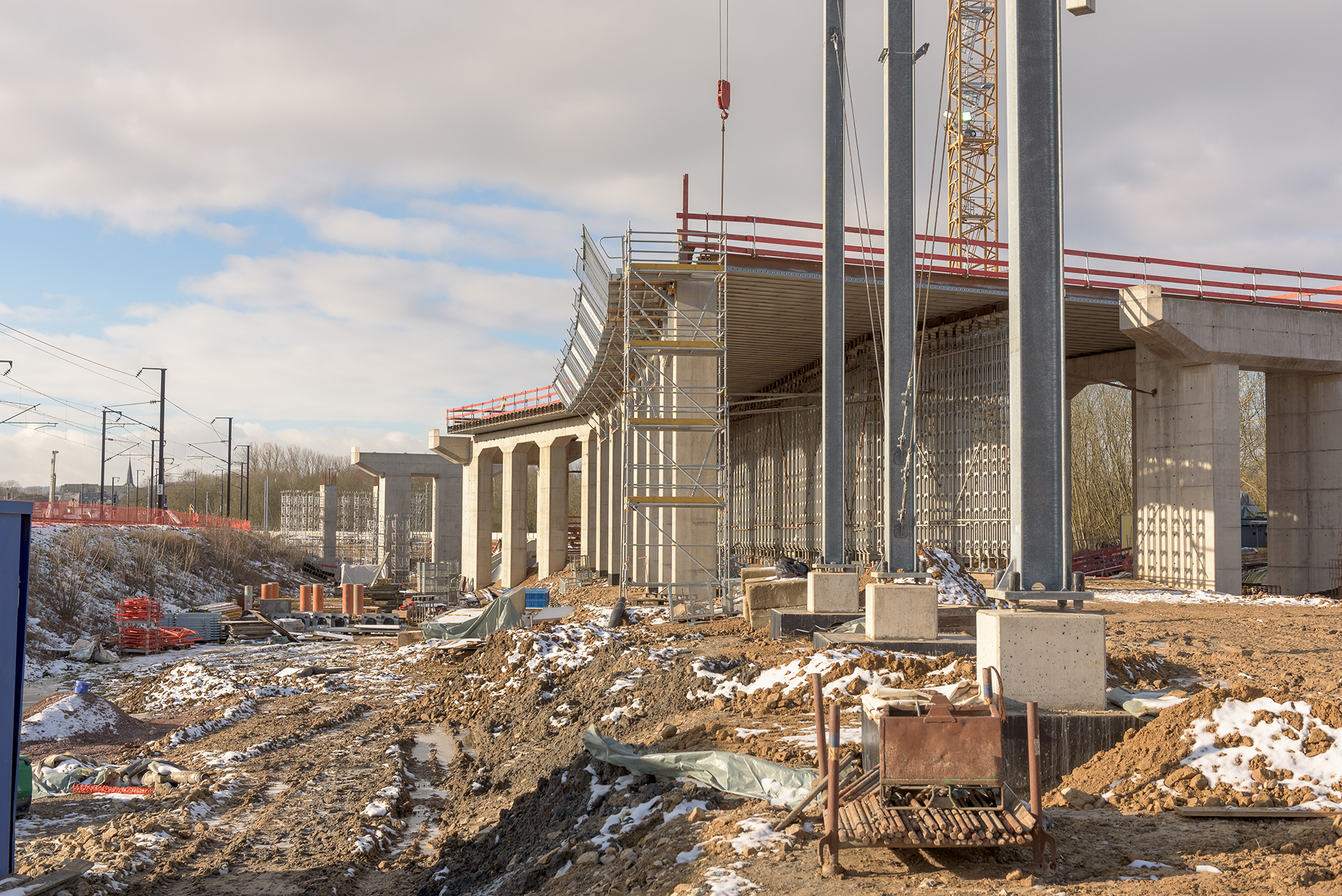 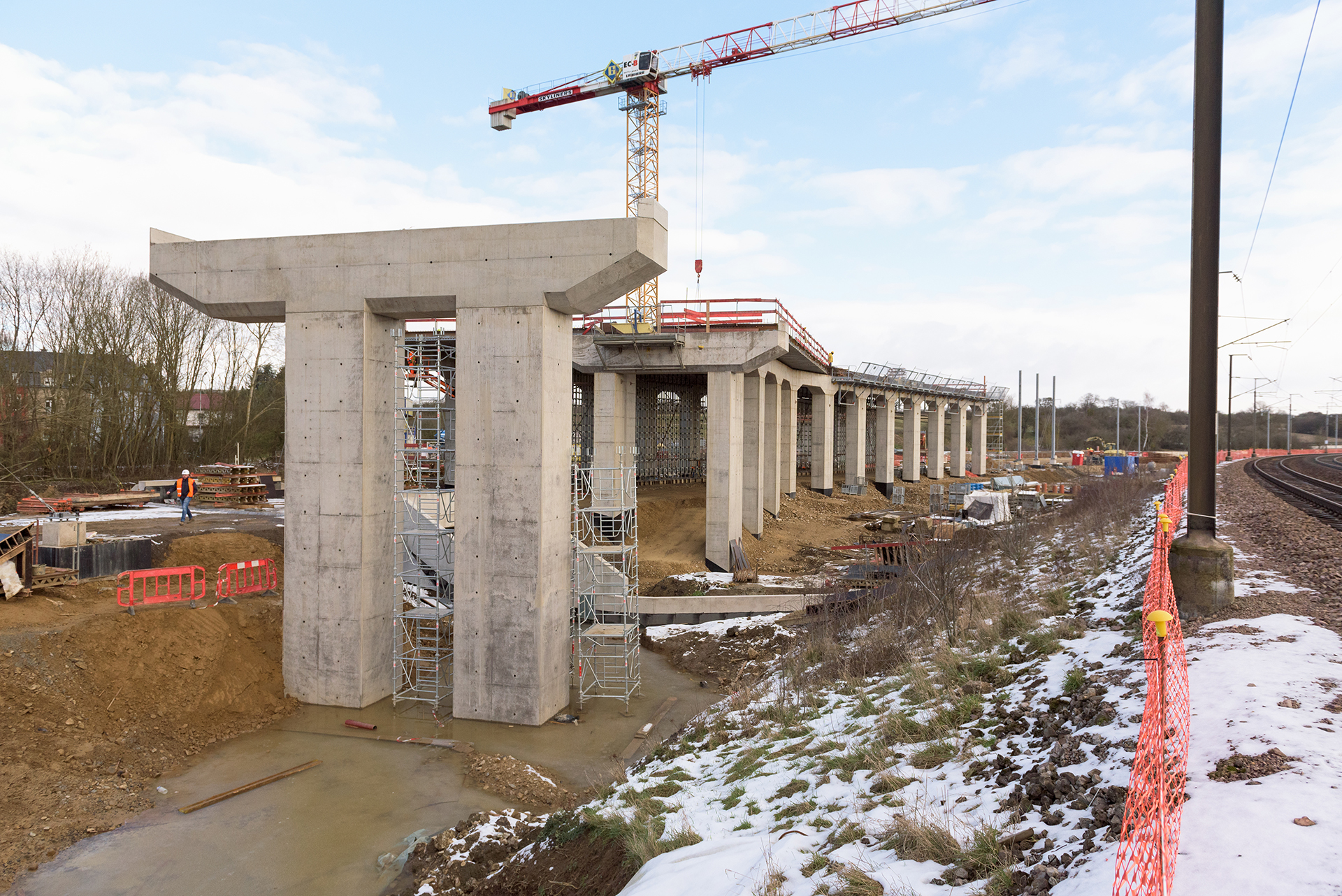 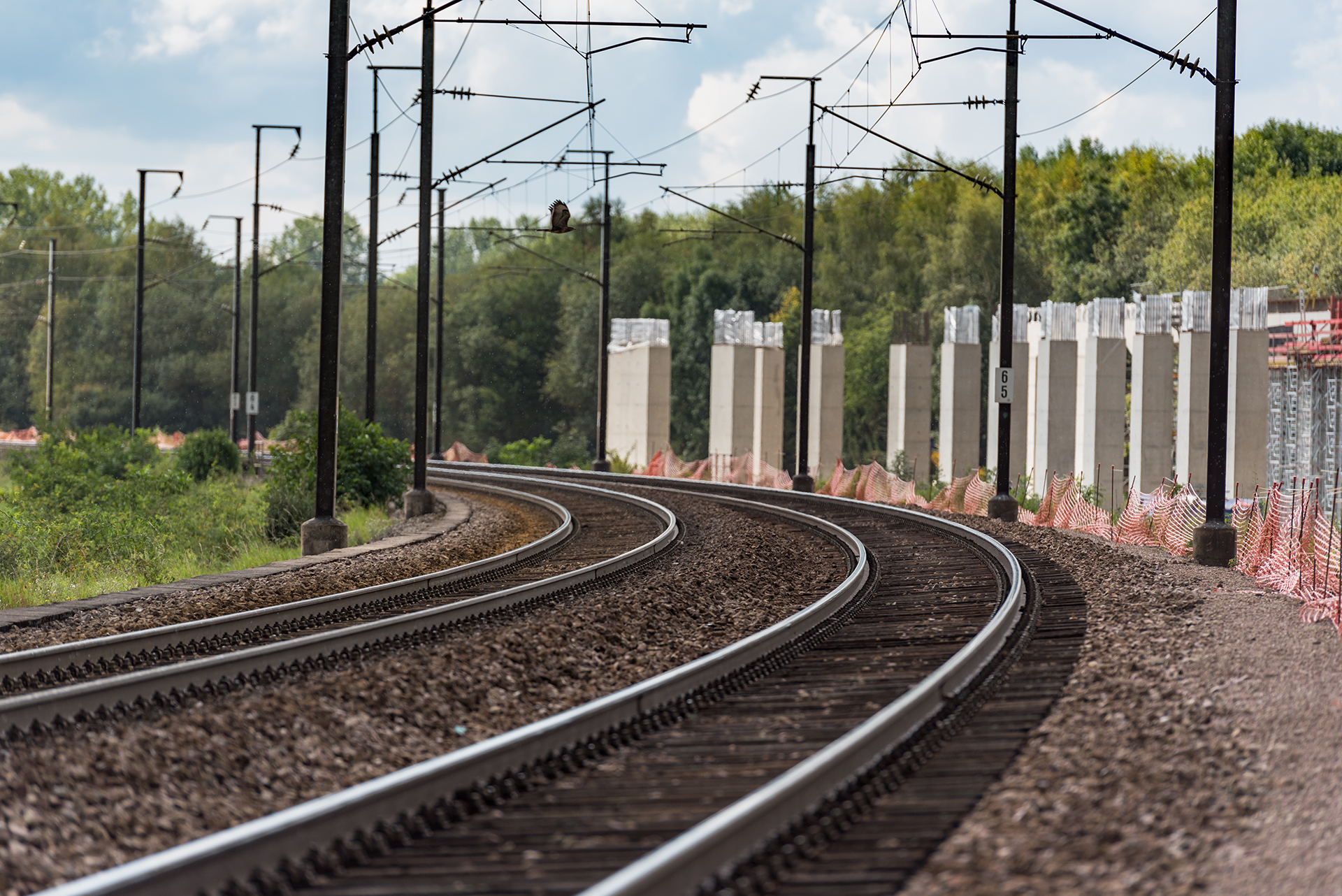 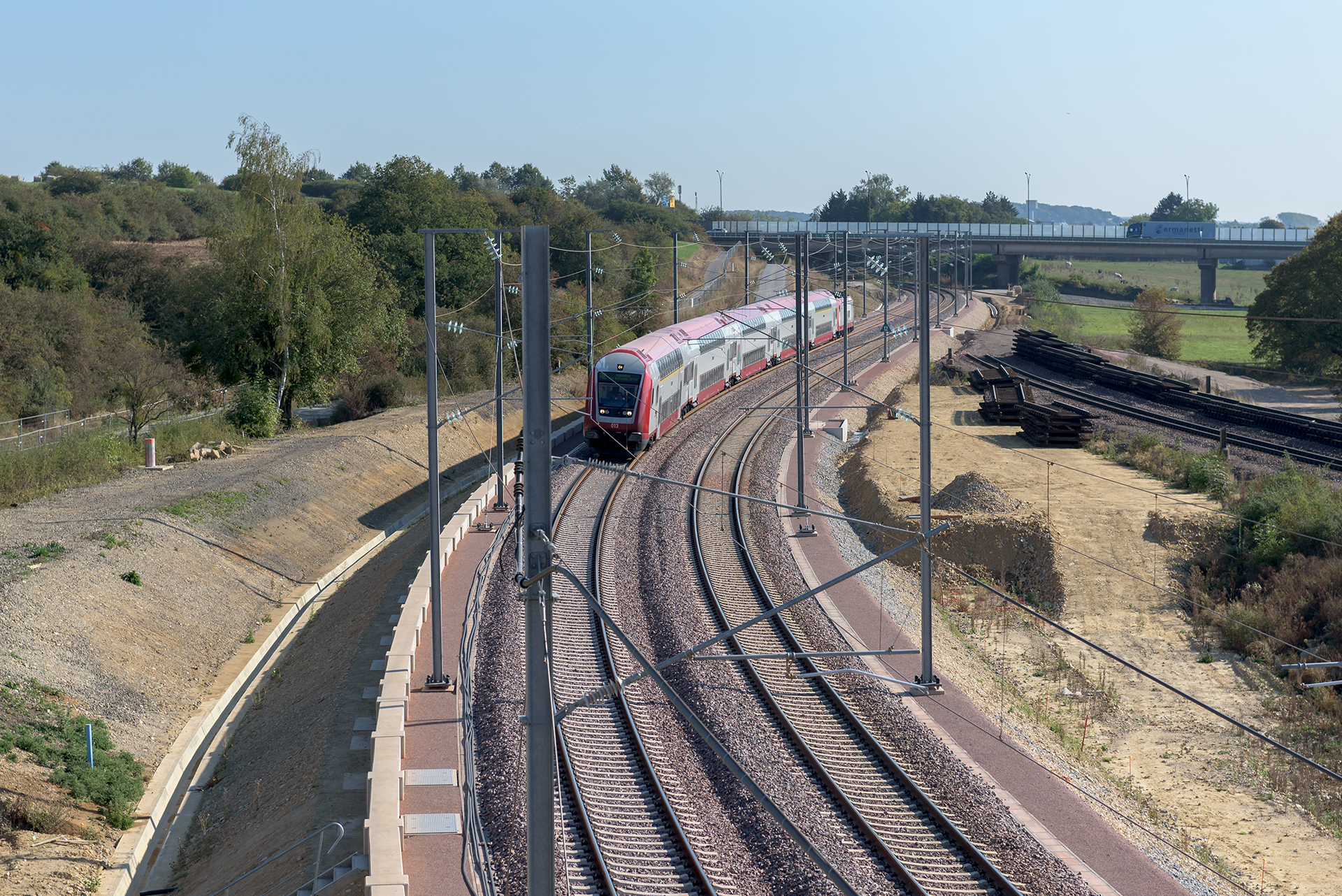 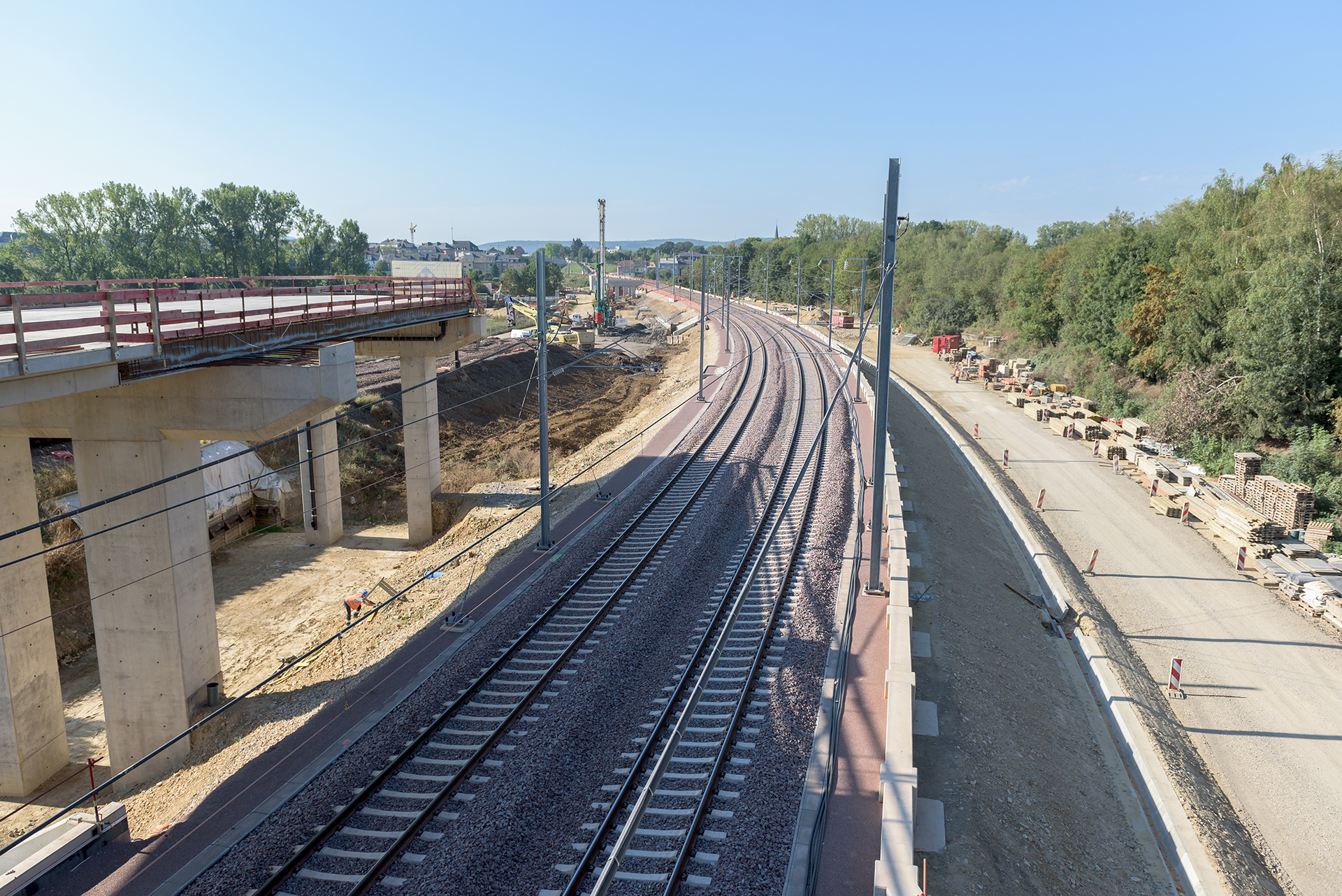 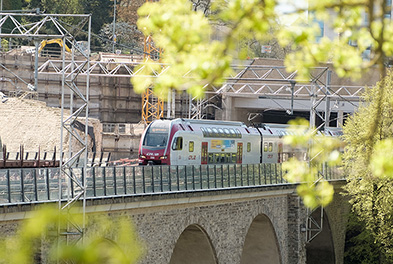 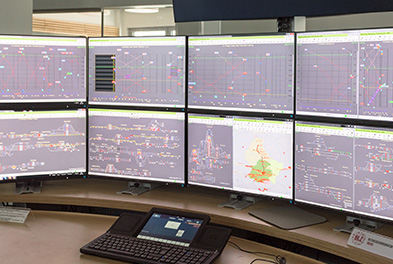 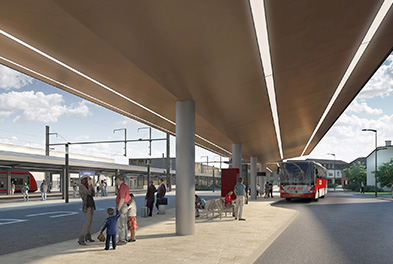